Crime of Brumadinho (MG) – One month

“The Vale company said that if the siren sounds, there would be time for people to run. But the people in the inn, they gave them the wrong escape route. They said to go to the bridge, but the bridge was totally destroyed. It broke in the middle,” reports Elisângela Gonçalves, resident of Córrego do Feijão. A month later, the population of Brumadinho and other areas impacted by the rupture of the dam of the Córrego do Feijão mine continue to wait for responses from the Vale company about the social and environmental crime committed. Among the many losses: 182 confirmed deaths, 126 missing, more than one hundred families displaced from their homes and the death of a river.

Watch the video with testimonials from residents who since January 25, 2019 have lived with pain and insecurity facing the loss of their own and the devastation of their territory. One month after the worst human disaster involving dams in the world in the last 33 years and the biggest labor accident in Brazil, it is necessary to remember and reflect on mining and its devastating impacts. 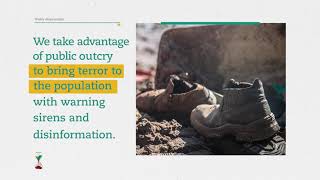 What is Vale doing to mislead the people that have been affected and society as a whole? 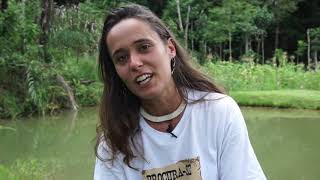 Crime of Brumadinho (MG) – One month